A modern hydraulic system must be highly reliable and provide greater levels of accuracy in its operation. The key to this is the requirement for high precision-machined components. Cleanliness of the hydraulic fluid is a vital factor in the efficient operation of the fluid power components. With the close tolerance design of pumps and valves, hydraulic systems are being made to operate at increased pressure and efficiency levels. The cleanliness of the fluid is an essential prerequisite for these components to perform as designed and also for higher system reliability and reduced maintenance.

The worst enemy of these high-precision components is contamination of the fluid. Essentially, contamination is the presence of any foreign material in the fluid, which results in detrimental operation of any of the components in a hydraulic system. Fluid contamination may be in the form of a liquid, gas or solid and can be caused by any of the following:

Built into the system during component maintenance and assembly

Generated within the system during operation

During the operation of a hydraulic system, many sources of contamination exist. They include moisture due to water condensation in the reservoir, entrained gases, scale caused by rust, bits of worn-out seal material, sludge and varnish due to oxidation of oil.

Introduced into the system from the external environment

The main source of contamination here is the use of dirty maintenance equipment such as funnels, rags and tools. Washing of disassembled components in dirty oil can also contaminate the fluid.

into thousands of fine particles. These minute particles tend to lodge into the space between the control valve spools and their bores, causing the valve to stick. This phenomenon is called silting.

In order to keep the fluid free from all these contaminants and also in order to prevent phenomena such as silting, devices called filters and strainers are used in the hydraulic system. In this section, let us study in detail on how these filters keep the system clean and also dwelve on related topics such as micron rating, beta ratio and ISO code cleanliness levels.

A filter is a device whose primary function is to remove insoluble contaminants from the fluid, by use of a porous medium. Filter cartridges have replaceable elements made of nylon cloth, paper, wire cloth or fine mesh nylon cloth between layers of coarse wire. These materials remove unwanted particles, which collect on the entry side of the filter element. When saturated, the element is replaced. The particles sizes removed by the filters are measured in microns. One micron is one-millionth of a meter or 0.000039 of an inch. Filters can remove particles as small as 1 11· Studies have proved that particle sizes as low as 1 1.1 can have a damaging effect on hydraulic systems and can also accelerate oil 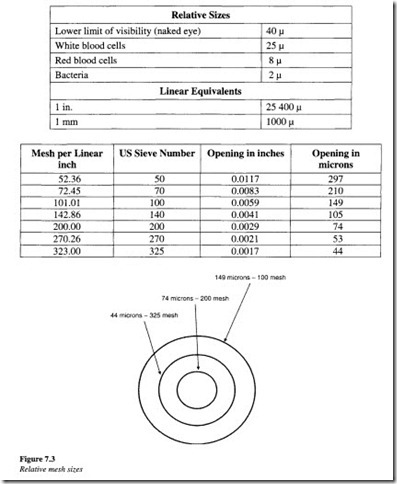 The particle sizes or clearances in hydraulic systems are usually designated in terms of micron which is equal to 39 millionths of an inch. To further simplify the process of understanding the concept of the micron, the smallest dot that can be seen by the naked eye is about 40 )lm.